This blog post will briefly go through the history of CI systems and will describe how a role-model CI system works nowadays. After describing core principles of CI systems, we’ll take a look at how extremely fast evolution of cloud and virtualization technologies allowed to change these principles and especially concept of CI agents.

First time an idea of a Continuous Integration (CI) system was described in the early 90s. But the first big win from a CI system was restraining “integration hell” for Windows XP release in 2001. Around that time a few CI systems were created, but only Jenkins lives to the current days.

These first CI systems were pretty simple. They consist of several servers AKA agents that are constantly pulling a single master server for work that they can do. Once the master responses with a job for a particular agent, the agent simply executes commands and streams results back to the master. Simple as that!

Over the years some CI best practices were established in order to achieve consistent builds on the agents: 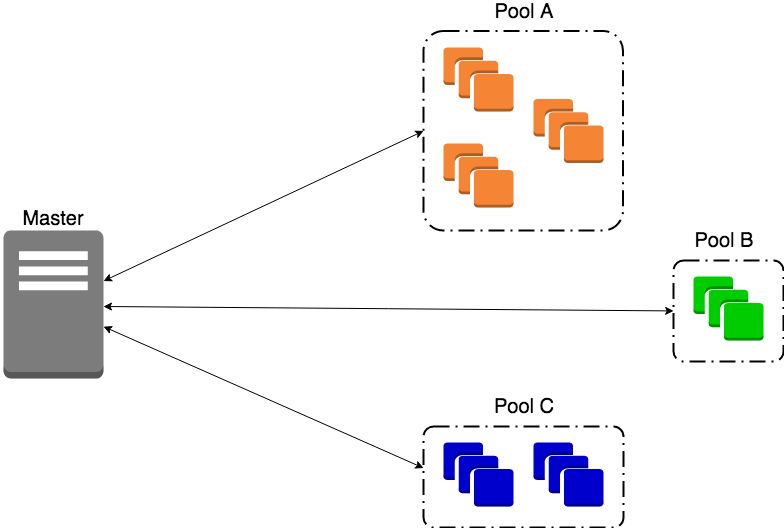 Another recent improvement to the classic CI architecture is using cloud providers to have an auto-scalable pools of CI agents. Modern clouds allow to spin up new VMs on demand by just calling APIs. There is no need to pre-allocate agents for the maximum load, agents can be scaled up and down pretty easily. This is a huge cost saver not only of compute resources but also of engineering time. Engineers don’t need to wait for available agents for their builds any more!

Nowadays a role-model CI system consists of a multi-master node and an auto-scalable pool of CI agents with Docker pre-installed somewhere in the cloud. Sounds pretty good, right?

But as you can see, the core principle of a CI system hasn’t changed in almost 20 years!

What if I tell you that the idea of a CI agent pool is obsolete? Why is there a need in CI agents in the first place? A CI agent solves one simple problem: quickly get an environment ready to execute a CI build.

Technological progress in the recent years redefined many expectations. For example, nowadays most of the cloud providers can start a VM in under a minute. There is no need to pre-allocate resources, a modern cloud charges for seconds of compute time. There are separate systems like Kubernetes whose purpose is quickly and efficiently allocate and manage containers. There is no need to do the same job by maintaining CI agent pools! One can simply use APIs of computing services to allocate resources once they are needed to execute new CI builds.

For example, to run a build of a web application using Node.JS, a CI system can simply use Kubernetes API to start node:latest container and use it for the CI build.

Such CI system can also leverage multiple computing services within a cloud and even use several clouds for different CI needs. 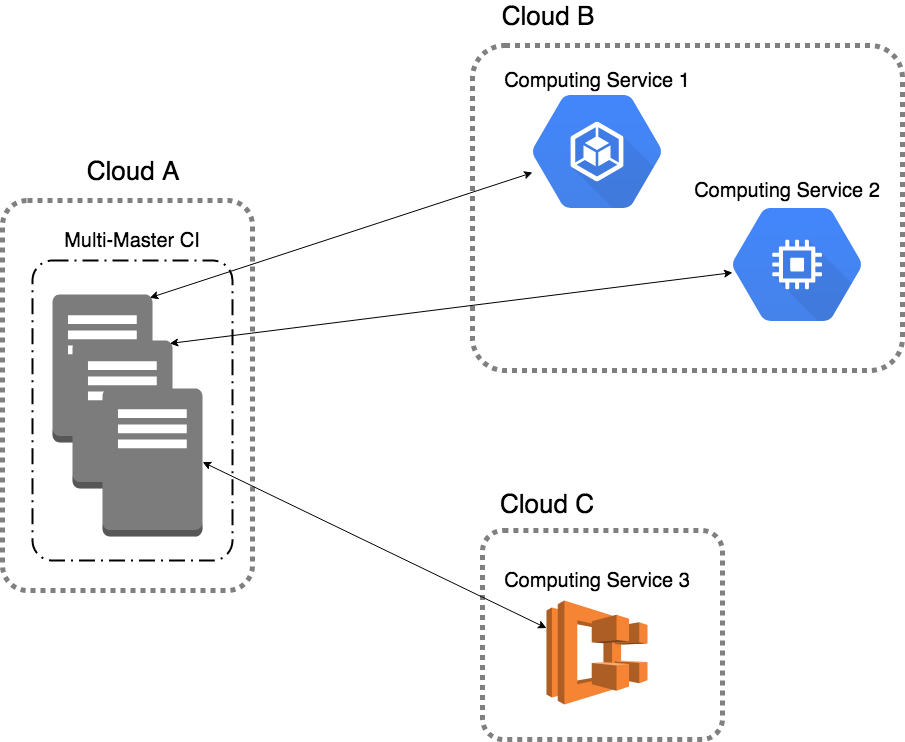 Cirrus CI already supports Google Cloud, Azure and Anka Build Cloud which allows to run Linux, Windows and macOS workloads. Cirrus CI is the only CI-as-a-service system that supports all of these platforms together.

The idea of just using APIs of computing services not only allowed easily support a variety of platforms, but also allowed to bring a **new pricing model**. Cirrus CI allows you to bring your own cloud. Simply connect part of your cloud to Cirrus CI and pay for your CI within your current cloud payment. Cirrus CI charges a small fee for orchestrating CI builds of private repositories which is also billed though the already existing GitHub payment.

We highly encourage you to try out Cirrus CI. It’s free for Open Source projects and very easy to setup! Also there is a 14 days free trial for private repositories.