This blog post will briefly go through the history of CI systems and will describe how a role-model CI system works nowadays. After describing core principles of CI systems, we’ll take a look at how extremely fast evolution of cloud and virtualization technologies allowed to change these principles and especially concept of CI agents.

Cirrus CI already had great Linux and Windows support. The only missing platform was macOS and there was a good reason for that.

TLDR: Please check documentation for just instructions on how to configure macOS builds on Cirrus CI. The is a little bit of history and motivation below.

When Cirrus CI was announced a few months ago Docker support was already pretty sophisticated. It was possible to use any existing Docker container image as an environment to run CI tasks in. But even though Docker is so popular nowadays and there are hundreds of thousands of containers created by community members, in some cases it’s still pretty hard to find a container that has everything installed for your builds. Just remember how many times you’ve seen apt-get install in CI scripts! Every such apt-get install is just a waste of time. Everything should be prebuilt into a container image! And now with Cirrus CI it’s easier than ever before!

“Wait what!? Yet another CI? Gosh…” one can say after seeing the title. Honestly, at Cirrus Labs we had the same thoughts and we tried to talk ourselves out of building yet another CI. But let us explain why we think there is a need for a better CI and how Cirrus CI is better. 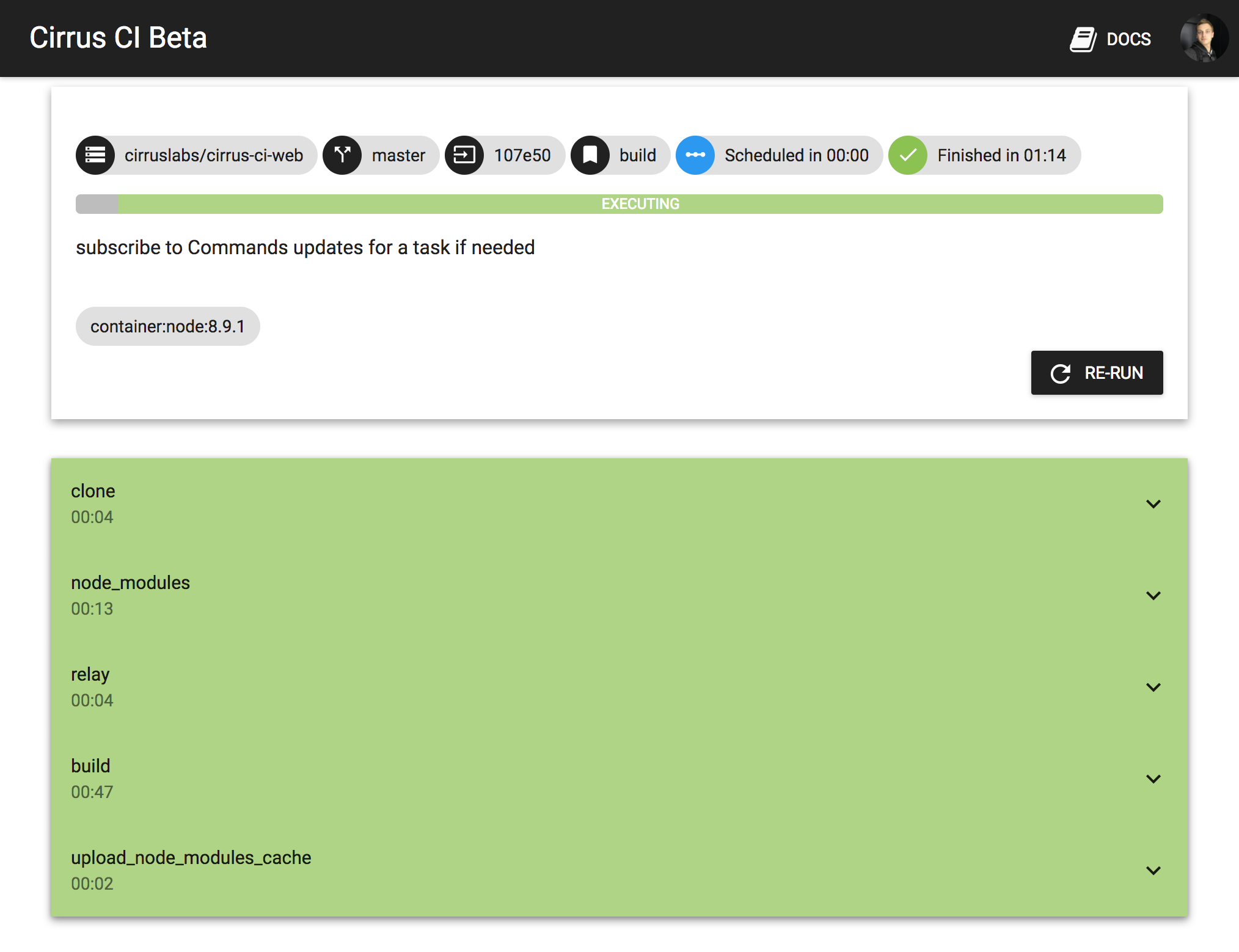